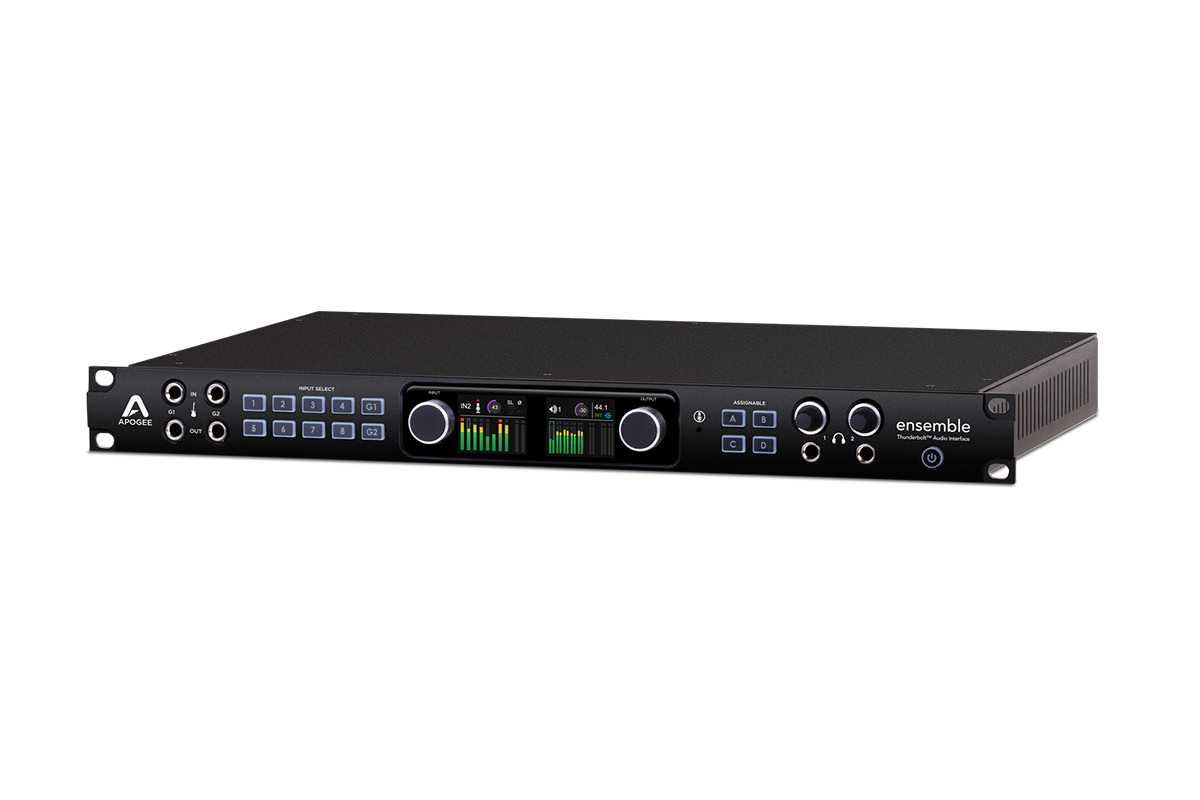 30 IN X 34 OUT THUNDERBOLT 2 AUDIO INTERFACE FOR MAC

THE BEST OF APOGEE. THE POWER OF THUNDERBOLT.

Blending the best of Apogee’s acclaimed innovations with groundbreaking new features and the power of Thunderbolt technology, the completely redesigned Ensemble sets a new standard for personal studio interfaces.

Apogee FX Rack Plugins are made with the same quest for quality and obsessive attention to detail as Apogee hardware products. Thanks to Apogee’s unique DualPath DSP-Native technology, Apogee FX Rack plugins can run both on the hardware DSP in Ensemble Thunderbolt and Element Series interfaces and as native plugins on your Mac. Apogee’s DualPath technology opens up a variety of popular, simplified workflows, always with the lowest latency. No other system offers this level of flexibility and sound quality.

Ensemble’s AD/DA conversion and microphone preamps are modeled after Apogee’s flagship Symphony I/O, with sound quality a step up from the award-winning Duet and Quartet.

Expand your studio with two Ensembles or connect any Apogee Element Series interface to an Ensemble. Intel’s Thunderbolt™ technology was made for connecting multiple high bandwidth peripherals to your Mac. Ensemble includes two Thunderbolt™ 2 ports, allowing you to connect hard drive arrays, video capture devices, Thunderbolt monitors with up to 4k resolution, a second Ensemble or an Apogee Element.