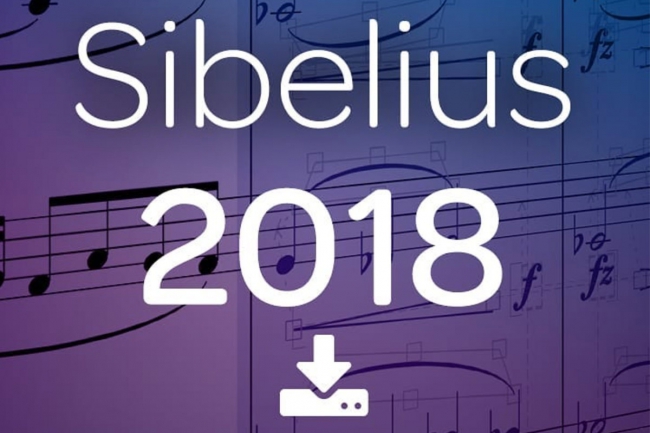 SUPERCHARGE YOUR WORKFLOWS IN SIBELIUS

Marking up your score with slurs, ties and other lines in Sibelius has always been a repetitive task, until now.

It’s now possible to enter any type of staff line across multiple staves. Adding slurs (S) or hairpins (H or Shift+H) to a whole section at a time is now a breeze, saving you multiple steps in the process and valuable time! Sibelius is aware of the music when you add them, so it even starts and ends these lines on the first and last notes under the selection so not to run over and end on rests:

We have also changed the way lines are entered for individual staves when you have a passage selection. Now, the lines will attach themselves to the first and last note under the selection, allowing you to enter phrase markings really quickly:

After entering a line, the selection now changes to select the last handle of the line, allowing you to use Space or Shift+Space to length or shorten it. This allows for quick selection and manipulation of lines that works for all types of staff lines.

Alternatively, Cmd+Click or Ctrl+Click the notes where you’d like to start a line, then add the line to the score. You can then extend this as needed:

Of course, pressing Space or Shift+Space will advance or contract the line for all selected lines. This is incredibly useful for adding hairpins or even phrase marks to multiple instruments. This doesn’t have to be done when inserting the line and can be done at any time.

Adding slurs to passages of music that span across multiple voices is now also done with only a few steps. In this example, it used to take no fewer than nine steps to complete. With the new Sibelius, it’s just three (select, Shift+Click to expand the selection, S to add all four slurs):

Sibelius is even aware of the rests, so you can quickly add slurs across passages like this one:

Again, this took just three steps—it would have been up to 16 steps before, as adding slurs to voice 2 always had to be done by changing voice on the keypad. If you have a repeated pattern to add slurs to, using the new feature in conjunction with the Advanced Filter, allows you to add slurs across long passages really easily.

Adding ties between notes in chords that only had a few notes in common has always been cumbersome without a special plug-in. You had to specifically choose the notes each chord had in common and hit Enter on the keypad. Now you simply use a passage selection across both chords and the ties are only added to the notes that appear in each chord. This works with selections that span across several chords, even over systems, with tuplets and so on. Ties continue to toggle too as you press Enter on the keypad.

It’s now possible to select more than one barline and change their type. You can change the type to Double, Dashed, Final, Invisible, Normal, Tick, Short or Between Staves. You can also add in System or Page Breaks to these barlines, making quick layout changes or the creation of educational worksheets a breeze. This example shows the barlines getting individually selected using Cmd+Click(Mac) Ctrl+Click (Win), then changed to ‘Dashed’ then system breaks being added to them all using the Return key:

This works for all types of barlines, but Repeat barlines are now improved too…

Adding Start and End Repeats is now simpler than ever. When you have a passage or system selection, adding either an End or Start repeat barline will now add them at either end of the selection. This saves you the step of creating the other repeat barline for every repeat structure you need:

Editing notes in Sibelius has been changed in this version too. Extending the rhythm of a note no longer entirely erases the next note, but erodes just the rhythm you needed. Up until now, you had to manually put the next note back in. This only happens though when extending the length of a note’s duration and will create a rest when shortening a note’s value. This works well with more than one note selected, and even in tuplets or with a passage selection—try it out!

Along the same theme of speeding up your workflow, we have made several improvements to the “Find in Ribbon” search box. We’ve refined the layout of the search results to make it easier to see what you’re looking for, as well as made it faster to execute the commands you need. In most cases, you now only need to remember one keyboard shortcut, and you can access everything in the program.

The shortcut for accessing the Find in Ribbon box has been made to happen immediately. Instead of doing Ctrl (on Mac) or Alt (on Win) and then separately pressing 0, you can now type Ctrl+0 or Alt+0 simultaneously. You can now also change this shortcut in Preferences > Keyboard Shortcuts to anything you like, so if you’d prefer a single key press, for example “,” then you can set this up.

Searching and executing—these are now one and the same thing. Previously, you had to know about the Shift+Return shortcut to find and then perform the feature you were asking it to do, but only after you waited for an animation to play. We’ve now simplified this and, where possible, the feature is executed immediately—e.g., type Reset Design and press Return (or in fact you only need to type “Re” and press Return as it’s at the top of the search results). When doing this, you’ll find that the design gets reset right away rather than having to wait for the glowing animation to finish.

This works for anything in the Ribbon, allowing you to type “12/4” to create a new 12/4 Time Signature, “Trill” for a trill etc. If you prefer, you can even hide the Ribbon and simply use this as a command pallet for Sibelius.

The layout of the search results is also clearer.

This is the first release of Sibelius that uses a new common versioning scheme across all of our products. Sibelius, like Media Composer and Pro Tools, has moved towards more regular releases, and before long, the old version number scheme would get out of hand. From now, the version number behind the scenes will reflect when the release was made, for example this release is v2018.1.0.

The 2018 being the year and the .1 being the month. It’ll be .2 for February, and so on. If we need to make two releases in the same month, it’ll be year.month.1 etc.. The product is still called Sibelius, and is not called Sibelius 2018. The version number is simply a reflection of the current version of Sibelius. These days, with current upgrade plans, you simply get the latest version of the product and you’re away. You don’t need to pay much attention to the version number.

For those concerned about versions of files etc., we will address this in a future update to Sibelius. As the major version number of the file isn’t changing in this release (and hasn’t since 8.6), you’ll be able to open any Sibelius file from any previous version.