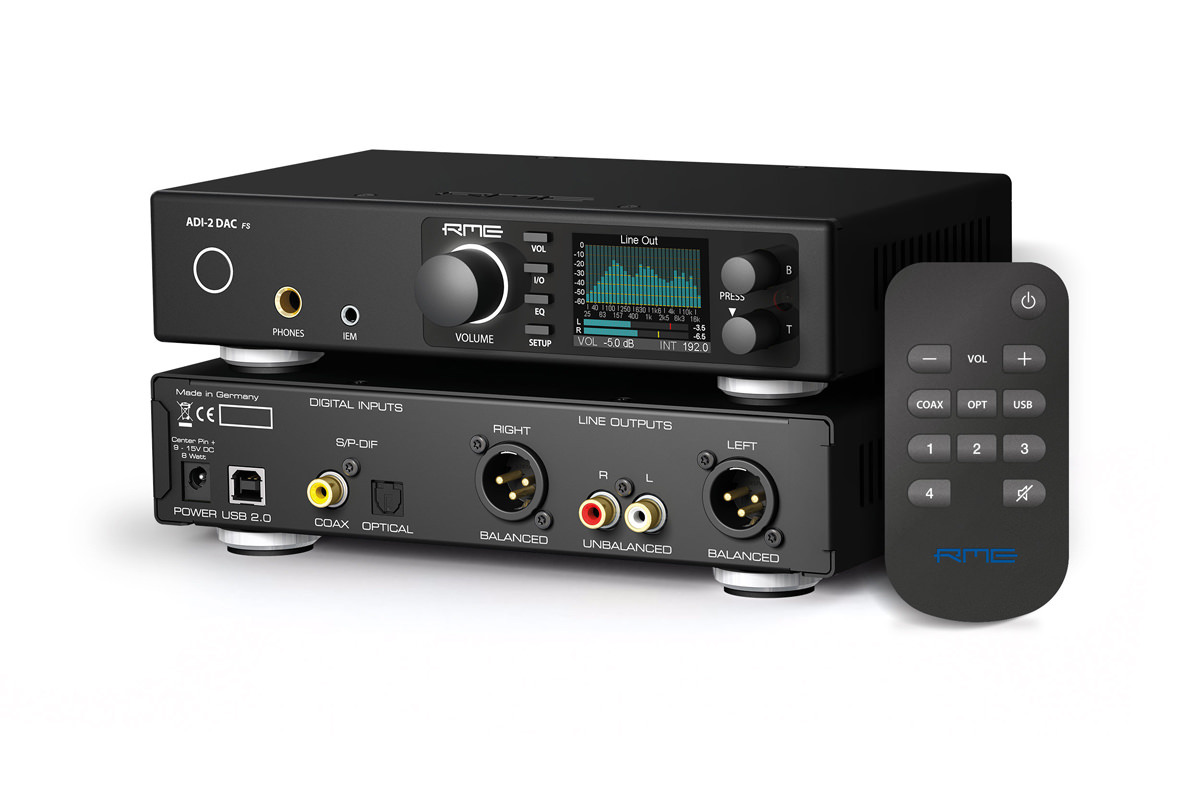 On July 2, RME released a new firmware for their uber-successful ADI-2 DAC. This combined DAC and headphone amplifier comes with a nice remote control, including Power On/Off, Volume, Mute, input selection Coaxial - Optical - USB, and four programmable buttons. These buttons can be 'remapped' to use any command/action out of 31, easily to set up from the unit's high resolution display. Among those commands are Polarity, DAC filters, Dim, AutoDark, Crossfeed, Loudness, display control and many more, comfortably controlled via the included infrared remote from the preferred listening position.

The new firmware, FPGA 26 DSP 30, brings the DAC's remote support to a new level. Users that own a freely programmable remote, or a programmable remote from renowned manufacturer Logitech, can now use their remote to control the ADI-2 DAC. RME released a document listing all the supported remote commands, and Logitech added all these to their data base. The extended remote support covers more than the original 11 buttons on RME's handy remote. Users now have access to these plus the 31 'remap' actions/commands, directly, with no remapping at the unit necessary.

The infrared code list also includes Bass +/-, Treble +/- and Balance Left/Right control. Furthermore, as some remotes have difficulties when power on and off share the same code (power toggle), the ADI-2 DAC can now be switched off by both the original On code as well as an additional Off code.

The latest firmware update also includes many other features and improvements, like level meter colour choice, level meter showing pre-FX, post-FX or both levels simultaneously, enhanced AutoDark functionality, extended output switching between all three outputs, mute by pushing the volume knob, and a special Details screen that lists all currently active DSP functions, for a perfect overview of the units audio state. As always with RME the firmware update is free for all owners of an ADI-2 DAC, and very easy to perform.