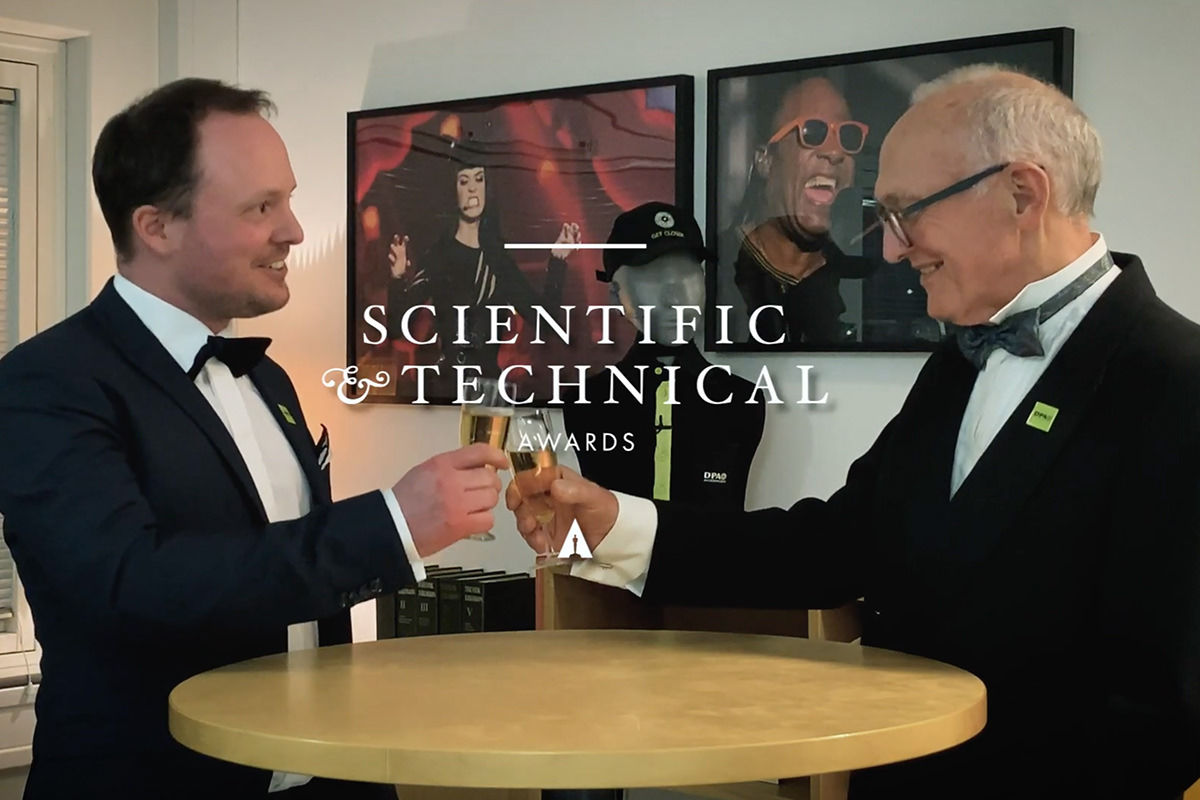 The Academy's Board of Governors will honor, a Technical Achievement Award to Jens-Jørn Stokholm and Ole Moesmann for their innovative development of miniature high-performance DPA lavalier microphones. The scientific and technical award ceremony, which will take place as a virtual event, will be held on Saturday, Feb. 13, 2021, at 10 a.m. CET. View here.

DEVELOPMENT OF THE MINIATURE LAVALIER BY DPA

Jens-Jørn Stokholm is an expert in miniaturization of electronics and electromechanical devices. He started as a research and development engineer at the Danish hearing aid company Oticon, but soon set out to start his own company with a colleague. The company was called Microtronic A/S and Jens-Jørn developed logarithmic potentiometers and switches aimed at the hearing aid industry. Within a few years, the company became the market leader and still exists today under the name Sonion.

Jens-Jørn left Microtronic in 1984, and while early retirement would have been the natural step, as a true entrepreneur he decided to embark on a new mission - to manufacture a miniature microphone. He accomplished this task with his new business partner Dan Ingemann Jensen, in a company called Muphone.

When the founders of DPA Microphones, Ole Brøsted and Morten Støve, approached Muphone to develop a miniature microphone for the professional audio industry, an important partnership was formed. Jens-Jørn incorporated his hearing aid microphone into DPA's first miniature microphone. In 1996, the 4060 Omnidirectional Microphone was introduced. This microphone is still used and loved by many film sound engineers today.

Jens-Jørn not only designed DPA's first miniature microphone, but he was also the mentor of Ole Mosemann, the current head of DPA's development department, He made sure that subsequent DPA miniature microphones would be based on the design heritage of the 4060.

Ole came to DPA to work on his graduate project at the university on interference tube technology used to improve the performance of directional microphones. He worked with Jens-Jørn for more than a decade, contributing to all the miniature microphones DPA manufactures and sells today. His work on interference tube technology has helped develop some of the best miniature directional microphones on the market. He also led the research and development team to develop the unique CORE by DPA technology that reduces distortion, extends dynamic range and increases clarity in miniature microphones. Most recently, he was the lead designer for the 6060 subminiature microphone, which is only 60% the size of the 4060 but retains the key specifications of the original, with uncolored sound character, low noise floor, and high SPL consistency.